State complaints cover a broad range of violations of IDEA and must contain statement that LEA violated IDEA (Part B) and all the facts re complaint.

Can be used to resolve any matter related to violations of:

Every state must have procedures for filing complaints – regulations only, not in the statute.

A State Complaint may be filed by any individual (organization, individual, out-of-state individual (no longer in the  district), grandparent).

SEA remains responsible for complying with all procedural and remediation steps required in the federal regulations (34 C.F.R. 300).

The Scope of State Complaints

The SEA’s state complaint procedures must address both procedural and substantive IDEA violations.

In a complaint, the district  must have the data to support their decisions in cases.

In the commentary to the 2004 IDEA Regulations, OSEP emphasized the broad scope of State Complaint procedures:

“We believe that the broad scope of the State complaint procedures is critical to each State’s exercise of its general supervision responsibilities. …We believe placing limits on the State complaint system…would diminish the SEA’s ability to ensure its LEAs are in compliance with Part B of the Act…and may result in an increase in the number of due process complaints filed and the number of due process hearings held.”

You should review the timelines and extended timelines for filing systemic complaints.

Jim also emphasizes important factors in the investigation process re on-site investigation (including OSEP requirements for SEAs), ability to submit additional information, proposal from the public agency to resolve, and mediation.

The SEA must issue a written decision that addresses each allegation, including findings of fact and conclusions, and reasons for its final decision.

The Scope of  State Complaint Remedies

Do your research and include in the complaint: 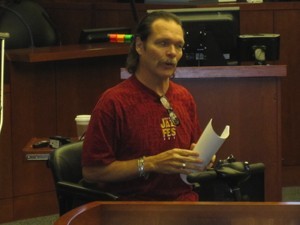