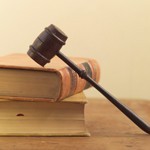 in  F.H. et. al. v. Memphis City Schools (2014), the Court of Appeals for the Sixth Circuit issued a precedential opinion that favors parental rights to seek relief for non-educational injuries and to enforce settlement agreements.

– Hat tip to the Council of Parent Attorneys and Advocates (COPAA)

F.H., endured physical and emotional abuse from aides who were not properly trained or supervised by the school district for ten years. In 2011, despite a Settlement Agreement, the abuse by F.H.’s aides continued.

When F.H.’s parents filed suit in federal court, the district court held that the parents were required to exhaust their administrative remedies before bringing suit – and dismissed their claims. The parents appealed.

In a 2013 Amicus Brief, the Council of Parent Advocates and Attorneys (COPAA) argued that requiring parents to exhaust their administrative remedies to enforce a Settlement Agreement with the school district “conflicts with the plain text of the statute and undermines the purpose of the statute’s alternative dispute resolution provisions.”

In addition, COPAA argued that requiring students with IEPs to exhaust their administrative remedies before filing a suit under the ADA and Section 504 puts children with IEPs in a less favorable position than students without IEPs.

In a powerful decision, the Sixth Circuit held that the essence of the Complaint involved the verbal, physical, and sexual abuse of F.H. by his aides. The allegations describe non-educational injuries that have no remedy under the IDEA. The child’s §1983 claims do not arise under the IDEA and were not released by the Settlement Agreement – so exhaustion would be futile.

Circuit Judge Kethledge wrote in a concurring opinion:  “To characterize F.H.’s injuries as ‘educational’ is to belittle them. The gravamen of his claim is not that the conduct described in his complaint might reduce his SAT scores. The gravamen of his claim, rather, is that this conduct was an attack upon F.H.’s dignity as a human being. That injury was not remediable by some change to F.H.’s ‘Individualized Education Plan.’ Nor was it a mere promise not to let these things happen again. The remedy for F.H.’s injury, therefore, lay not in “the IDEA’s administrative procedures[.]” S.E. v. Grant Bd. Of Educ., 544 F.3d 633, 642 (6th Cir. 2008). Instead his remedy lies in federal court, where F.H. can obtain not only compensation for his injuries, but recognition of what they actually were.”

The full decision is available on Wrightslaw here.