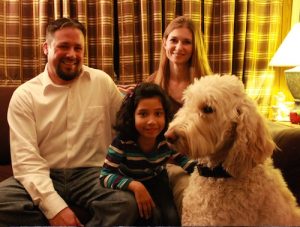 The Court will hear oral arguments and decide the case during their next term which begins in October 2016.

“Whether petitioners’ civil action seeking money damages for past violations of the Americans with Disabilities Act of 1990 and the Rehabilitation Act of 1973 constitutes a “civil action * * * seeking relief that is also available under [the Individuals with Disabilities Education Act (IDEA)]” for purposes of the IDEA’s exhaustion requirement, 20 U.S.C. 1415(l).”

On May 20 2016, the solicitor general filed a brief for the United States as Amicus Curiae in the Fry case, arguing that:

“In the view of the United States, the petition for a writ of certiorari should be granted.”

“The court of appeals incorrectly affirmed the dismissal of petitioners’ ADA and Rehabilitation Act claims for failure to comply with the IDEA’s exhaustion provision, 20 U.S.C. 1415(l). The court’s decision is at odds with the plain text of Section 1415(l), and it deepens an entrenched circuit split over the proper interpretation of that provision. The question presented raises an important and recurring issue that has significant consequences for children with disabilities who seek to vindicate their rights under federal anti-discrimination statutes. This Court should grant certiorari to resolve the split and reverse the decision below.”

The Court Of Appeals’ Decision Was Incorrect

“The court of appeals erred in holding that petitioners’ claims were properly dismissed under Section 1415(l). Its interpretation of that provision contravenes the plain text of Section 1415(l) and leads to unsound results.

“The decision below further entrenches an acknowledged circuit split over the proper interpretation and application of Section 1415(l)’s exhaustion requirement. Although the full scope of the split is not entirely clear, at least four circuits — including the First, Second, Seventh, and Eleventh — would likely agree with the Sixth Circuit that petitioners were required to exhaust their Title II and Section 504 claims. By contrast, the Ninth Circuit would almost certainly not require exhaustion in these circumstances. This Court should grant certiorari to resolve the conflict.”

“Petitioners are correct that the circuit conflict . . . is unlikely to resolve itself without this Court’s intervention.”

Question Presented Is Important And Recurring, The Supreme Court Should Resolve It In This Case

“The proper application of Section 1415(l)’s exhaustion requirement to non-IDEA claims presents an important and recurring question of federal law . . . courts are intractably divided over those questions.”

“The proper resolution of that question has considerable practical significance, especially for plaintiffs seeking to vindicate the rights of children with disabilities. If petitioners’ (and the government’s) interpretation of Section 1415(l) is correct, children with disabilities and their parents are being forced to needlessly pursue the IDEA administrative process — at considerable expense and inconvenience — even in circumstances when that process will not provide them with the relief that they actually seek.”

“This case offers the Court a suitable vehicle in which to clarify the law and effectuate Congress’s goal of preserving freestanding causes of action—apart from the IDEA—as viable mechanisms for protecting children with disabilities.”

To meet the Fry family and learn how their case evolved – the background of the case – read earlier decisions and briefs filed with the Supreme Court – please go to Fry v. Napoleon Comm. Sch. Dist. at
https://www.wrightslaw.com/law/art/fry.napoleon.504.service.dog.htm

Requirements for Exhaustion under the IDEA

You can read about exhaustion of administrative remedies and the Fry case in our new book, Wrightslaw: Special Education Legal Developments & Cases 2015.