My son wants to be “left behind”. I feel that another year in the smaller, familiar middle school would be less intimidating and give him some time to mature. Because of the b’day he really wouldn’t be older than the rest anyway.

I don’t want my child to be retained. Everything I read seems to say that retention is not good for the child. I’m struggling with the school because they say she is the youngest in her class and needs to stay behind so she can “catch-up”. She has struggled with reading and math for 2 years. I think she needs more help – not just being held back.

We’ve heard questions from parents on both sides of the issue.

At Wrightslaw, we say: Read the research, educate yourself, get an expert involved. 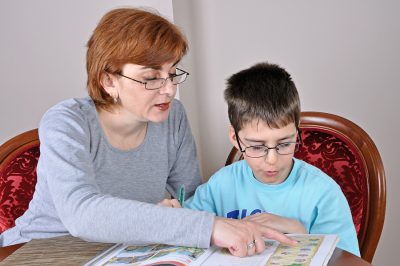 For those who are dealing with retention, you must educate yourself before you can take a rational position and advocate for a child. We built a page on Wrightslaw with resources about retention. https://www.wrightslaw.com/info/retain.index.htm

On that page, download and read these Position paper articles from (1) the National Association of School Psychologists, and (2) the American Federation of Teachers.

Retention poses several problems – including the fact retained children are far more likely to drop out.

If you are considering retaining a child, get an independent expert involved. This person can evaluate your child and help you use facts to make this important decision.

If you want to read more, we’ll share a comment below from a parent who wanted retention for her son. She did her research, contacted the experts, and determined what she thought was the best route for her child. We don’t agree that retention is the best case for most children. But this parent’s advocacy strategy and tactics were well crafted.

Repeating a grade with no changes in supports or how the instruction is delivered generally has the same affect-not working. Finally, the new research shows that kids are not successful when they are being taught at a frustration level . . . they need to be taught at an appropriate instructional level. For our son, who is 1.4 years behind, moving ahead put him in the frustration level. All of these factors led us to ask for retention so he could catch up and move ahead the next year.

We requested retention for many of the same reasons as you and were told it had never been done in our district beyond kindergarten or first and they were not going to do it. (We are about to go into middle school). The reasons were it hasn’t been done, it’s against policy, research doesn’t support it, etc. I talked to the principal and district people informally to find out all the reasons they would want to deny, then crafted a really nice power point (based on the types of info I learned at Wrightslaw Bootcamp about decining test scores (order the CD to find out how to draft your child’s dropping achievement scores). Then I got letters from his private providers (tutor, psychologist, etc.) and his doctors. The doctors said it would be too stressful for him to move ahead with such lagging academics and it would harm his health. The meeting began with the principal telling the 15-person team this had never been done and trying to coerce them to decide against before I even started. He announced that the three main people in the State Education office said it couldn’t be done. I had the policy that I got at the district which said nothing of the sort. I passed it out, showed my slides a la Wrightslaw style, and we won or case. Don’t be discouraged if they tell you no. Do your homework, make a nice presentation that is prepared like the “letter to the stranger” (see Emotions to Advocacy book), and go for it. I never thought I could win on this request, but it turned out to be pretty easy. Good luck.