I think it’s likely that Judge Neil Gorsuch of the Tenth Circuit will be nominated as the next Justice on the Supreme Court.

Judge Gorsuch has been on the Court of Appeals for the Tenth Circuit since 2006. 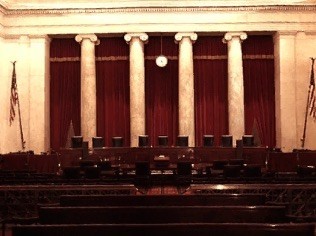 I was curious about his record in special education cases so I did a “Google Scholar” caselaw search to find all special ed cases from the Tenth Circuit since 1996.

I used this search term, word for word:

I found eleven cases in which Judge Gorsuch participated on the three judge panel. Most of these were pro-school decisions. Of the eleven cases, he was the author of three.

Of the remaining cases in which Judge Gorsuch participated, most were pro-school decisions. There are two notable recent decisions:

If Judge Gorsuch does end up on the Supreme Court, attorneys should be familiar with and quote his concurring opinion in their briefs. (Regarding quotes from earlier rulings by the Justices, Justice Sonja Sotomayor’s decisions as a federal District Court judge, and later on the 2nd Circuit, include useful quotes.)

2017 may be one of the most dynamic years in the history of spec ed law.

Decisions in the Fry v. Napoleon case and and the Endrew F. cases are pending. When these cases are decided, we will have new additions to the body of special ed case law.

In what may confound and confuse the outcomes, we have only eight Justices on the Court. A 4-4 decision could muddy the waters re the legal issues in these two cases. If this happens, we hope the eight Justices will clarify the confusing standards in the Fry case re: issue of exhaustion and in the Endrew F. case re educational benefit.

We hope these issues will be settled in ways that benefit of our children.

On another note, I understand that some legislative staffers are working on possible revisions to IDEA. During the past few years, the Office for Civil Rights (OCR) and the Department of Justice (DOJ) have taken a more proactive stance on public school disability issues. We will have to wait and see what happens with the new administration including a new head of the US Department of Education who has little experience with public education and less experience with special education law. 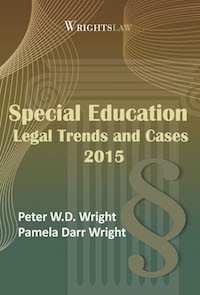 This time last year, Pam and I were working on a new book, Wrightslaw: Special Education Legal Developments and Cases 2015. That “Year in Review” book includes all U.S. Court of Appeals decisions, all guidance from the US Department of Education, Office for Civil Rights, and Department of Justice (USDOJ), and successful jury trials for damages in 2015.

We are now working on Wrightslaw: Special Education Legal Developments and Cases 2016. We expect the Year in Review 2016 book to be  available as an e-book and a printed bound book soon.